The Great British Crisp Company is part of Warren’s Bakery of St Just. It  produces fine potato crisps in ten varieties using Cornish potatoes and Cornish sea salt and the crisps are in 40g or 150g bags. The crisps are gluten free and made without MSG, hydrogenated fats, or artificial colours or flavourings.

Pure Natural Unseasoned  For the true flavour of the coveted Cornish potato. 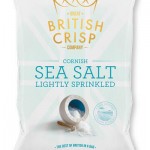 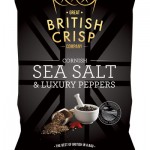 Cornish Sea Salt and Black Pepper A rich flavour that packs a punch with a seasoning of Cornish sea salt and a selection of luxury black peppers. 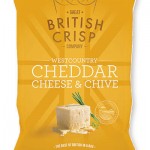 Westcountry Cheddar Cheese and Chive  Tangy British cheddar and the finest chives create an explosion of flavour with each crunch. 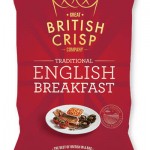 Simply Fish and Chips  Crispy batter, delicious fish and chip flavours, doused in salt and vinegar: a taste of the British sea-side all wrapped up in one mouthful. 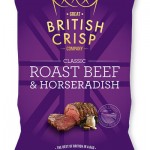 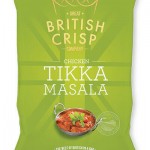 Chicken Tikka Masala  One of Great Britain’s favourite contemporary meal flavours encapsulated in one mouthful. Curry in a crisp. 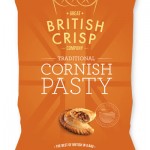 Cornish Pasty  Based on the traditional recipe of Warren’s, the world’s oldest Cornish pasty maker, is the UK’s first Cornish pasty flavour in a crisp. A burst of rich steak, fresh vegetables, Cornish potatoes and pastry all in one bite.

Your Rating
Publishing ...
Your rating has been successfully sent
Please fill out all fields
Captcha check failed
Chloe 17th April 2019 10:59 pm
Your Rating

Fish and chips taste amazing, got them in town, really good crisps!!!

On our holiday last week bought the flavour Cornish Pasty and now at home I’ve eaten it…what great tasty crip! I really love it and am already searching on the net how I can order them to get here in the Netherlands!!!

Congratulations to Tor, Lucy and their team at Cor