Warrens Bakery has won the Craft Bakery Business Award at the British Baking Industry’s Awards 2018.
As a business, Warrens Bakery is growing at a rapid pace but the core values and working practices remain the same as they have always been.
Jason Jobling, bakery director of Warrens, said: “This is a fantastic achievement and milestone for Warrens Bakery which I am very pleased to be a part of. My career at Warrens Bakery began when I was just twelve, I started by sugaring American ring doughnuts during my school holidays.
“To this day, as a craft bakery, we still use out hands and artisan skills in every single product we make, from our signature hand crimped Cornish Pasty right down to our humble gingerbread men.”
The Baking Industry Awards ceremony marked the culmination of months of judging up and down the country as experts took part in tastings, store visits and interviews to select those who would take home a coveted Baking Industry Award trophy
It’s the third time in four years the Cornish craft bakery has been shortlisted in these awards, which acknowledge the skills and achievements of individuals and businesses.
The bakery has also come to the attention of BBC1’s Saturday Kitchen who spent a day filming at their shop in St Just, which will be aired in the Autumn. 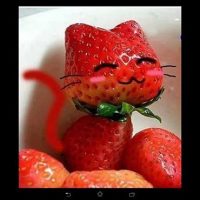 The Royal Cornwall Show will not be held in June b

Cornish Coffee based in Redruth is meeting increas